First and foremost, this is not a post about gluten. I understand that people have serious sensitivities and autoimmune reactions to gluten. This might be a hard post for my GF lovelies to read. (I certainly don’t like reading articles praising cheese, which I have a sensitivity to.) But bear in mind that bread does not necessarily mean gluten, and the same gluten-equivalent form of endosperm protein storage can be found in many other grains and consumed by people who are sensitive to true gluten. That being said… Here is my treatise (and rather anticlimactic recipe) in defense of bread.

I love bread. It is a staple of my diet. I eat it every other day for breakfast (usually alternated with oatmeal or more extravagant pancakes). Bread has built civilizations, is not-unintentionally a key feature in many religious sacraments, and is the bedrock of a delicious sandwich. I truly believe that bread should be as delicious as possible, full of whole grains, and should be made and consumed with love.

While any meat-eater would laugh in my face when I say this, as well they should, I truly believe that bread with the ideal texture can be an antidote to a meat craving. I do not think that anything vegan can ever be a true substitute for meat (it’s just not the same, and it’s silly to make it a competition because meat will always win, I’m sorry but it’s true), but there are parallel plant-based foods that can match meat for its satisfying texture, comforting warmth, and filling protein. Bread is my favorite.

How do you get bread with a great texture, especially bread with whole grains? It’s all about the knead, baby. My guide to perfect whole-wheat bread when I was starting out was The Laurel’s Kitchen Bread Book by Laurel Robertson, Carol Flinders, and Bronwen Godfrey.

Here are the most important highlights for making the perfect whole wheat bread (with video description, made by Henry!):

Knead it! Knead for at least 20 minutes by hand, or 10-15 minutes with a stand mixer/dough hook contraption. Without adequate kneading, your whole wheat bread will taste like the stereotype: Dense, heavy, dry, ugh, no way. Kneading stretches the gluten, and with whole wheat it takes time to get all the gluten involved because there are more components of the grain getting in the way. With stretchy gluten, your bread will absorb water better and have that fabulous loftiness and chewiness that makes bread magical.

How do you know when to stop kneading? Overall, the dough will hold together in a ball and will recoil as you knead it (that’s the stretchy gluten doin’ it’s thing). The dough will also start to look lighter in color, with little brown flecks. But the tried and true trick is to break off a piece the size of a doughnut-hole and stretch it out into a square with your fingers. If it stretches into a thin film that you can see light through, you’re ready to let it rise.

Rising is straightforward. If you can put it in a warm and humid environment all the better, but it’s not necessary. Take your dough and stretch/fold it back underneath itself until it forms a ball with a stretched-out film of gluten across the top surface. Place it in the same bowl you mixed it in, no oil or anything, cover with a wet towel (linen won’t stick to the dough like cotton will), a silicone pot cover (my go-to), or even just Saran Wrap.

Generally, the first rise time is 90-120 minutes, depending on the temperature (warmer temperature makes for a faster rise). The second rise time is about 50% of the first rise time, and the proof is about 25-30% of the first rise time. But, again, this all depends on the temperature. On a hot summer day, I like to put my (covered) dough on the back porch in a direct sunbeam. In the winter, I like to put it on a grate above a yogurt maker to give it a little extra warmth. The rise is done when you poke a finger in it and it doesn’t fill the indentation. (If the indentation fills back in with air, the yeast is still doing its thing; leave it be for a little while longer.)

Let it “proof” before it goes in the oven. (Pre-heat the oven while it proofs.) Timing this is the trickiest part of making bread. A perfectly proofed loaf will be lofty, with uniform bubbles on the inside. A loaf that isn’t proofed enough will have stretch marks on it, where it rose too rapidly at the beginning of the bake and tore the gluten. A loaf that is over-proofed will fall flat, or have large bubbles in it.

A few other “hacks” for the busy people among us:

If you’ve made it this far and you’re still thinking “Nope, I just don’t have time to make bread by hand,” don’t think you’re getting off the hook that easy!

There are plenty of reasons not to make bread by hand. First and foremost, unless you think time is money (which I do not), it really is cheaper. Bread that is not made with whey (which most cheap bread is made with) runs around $4-5 a loaf. The ingredients for bread are a fraction of that cost. Most of the cook-time for bread is the kneading, which can be done with a machine if you want, and after that all you’re doing is letting it sit there. It not going anywhere*; go study, work out, or run errands or something! So even if time is money for you, it doesn’t have to take a lot of time.

(*The only exception to this is if you leave it on your back porch, in which case you do need to keep one eye on it in case the wildlife gets brave enough to go for it. Then it really might run away. A friend of mine puts an upside-down and weighted-down clear plastic storage bin over their bowl of rising bread when it’s on the back porch for this very reason.) 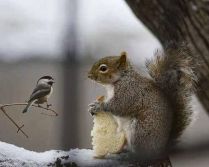 Another reason to make bread by hand is to skip all the additives, preservatives, fortifications, processed ingredients, blah blah blah, that go into store-bought bread. Even the fancy vegan breads have a really long ingredient list. Check out my recipe below; you can count the ingredients on your fingers!

The final reason I think you should make your own bread, even if you’re a busy person, is for the satisfaction of making a staple food all by yourself, with your own two hands. If you’re a spiritual person, the rhythmic kneading and satisfying taste can be renewing. Even if you think that’s all a load of hooey, think about it – you’re doing something that thousands of generations have done before you, a practice that has allowed great civilizations to grow and feed themselves. Making bread is a uniquely human endeavor of turning plants into something not only edible, but delicious.

With that being said, here’s my anticlimactic, simple, satisfying bread recipe.

1 Tbsp sweetener such as sugar, honey, or maple syrup (optional)

Measure flour and salt into large bowl, fluff with a fork, and make a well in the middle. In a separate bowl, combine warm water and yeast and let sit for 5min until small bubbles start to form at the surface (confirmation that the yeast is, indeed, alive). Add oil and sweetener to the warm water/yeast concoction and pour it all into the well in the flour. Mix until combined, then begin kneading (as described above). Let rise as described above (first rise, second rise, and proof in the pan before baking, punching down between each rise and re-forming the dough into a ball as you did before the first rise). Cook at 375F for 45-60min until the internal temperature of the dough is 120F and/or makes a hollow sound when patted on the bottom (yes, really). Eat with exuberance.

One thought on “In Defense of Bread” 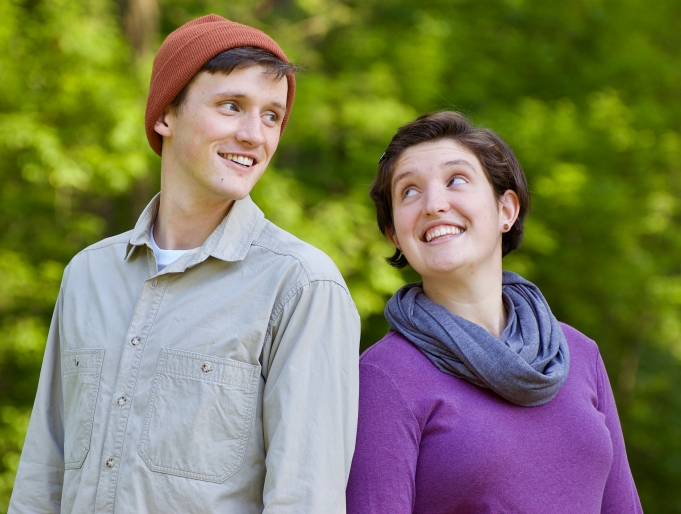